As rewarding as it can be to settle down inside a nice café or teahouse for a good brew, sometimes those on the go (or more so nowadays, staying home) are looking for more instant refreshment. Recently options in that regard are quite plentiful in Japan, including Chabacco, small sticks of green tea packaged as cigarettes. Coca-Cola Japan is making options even smaller, with their newly announced “1,2, Cube” series, which allows you to drop a freeze dried cube into your cup to instantly brew barley tea, green tea, and coffee. 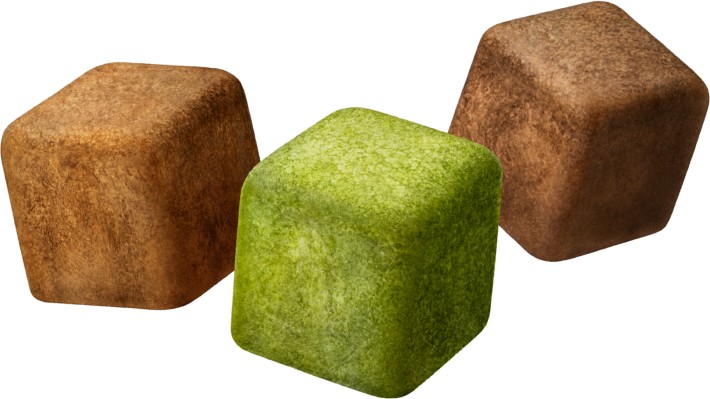 The series is a response to a survey conducted by Coca-Cola Japan among its customers, which revealed that a majority of those surveyed longed to drink brewed tea and coffee after pandemic conditions lightened, and found that brewing their own at home was inconvenient. Many who responded also said that they had switched to using their own personal bottle or mug when out, citing environmental awareness.

1,2, Cube is available in three different brews (barley tea, green tea, and coffee) that can be made by simply dropping a dissolvable freeze-dried cube into cold or hot water, and then stirred for an instant serving. Coca-Cola says the freeze drying process concentrates the original aroma and flavor of tea leaves and coffee beans into the cube for a flavorful brew that is perfect to pack for excursions or simply enjoy at home with less washing involved.

The release is also part of an SDG-based initiative by the company, featuring paper bags and no individual packaging for the cubes, in an effort to cut down on plastic waste problems caused by other instant teas and coffees.

All three will be released starting May 19, available exclusively on Amazon.

Reviewed By Adam Jacob This Is Article About Coca-Cola Japan releases freeze-dried green tea and coffee cubes for instant brews was posted on Monday, May 17th, 2021 have 5 stars rating.