In Western Europe, hospitals look to quell the mental health epidemic among staff 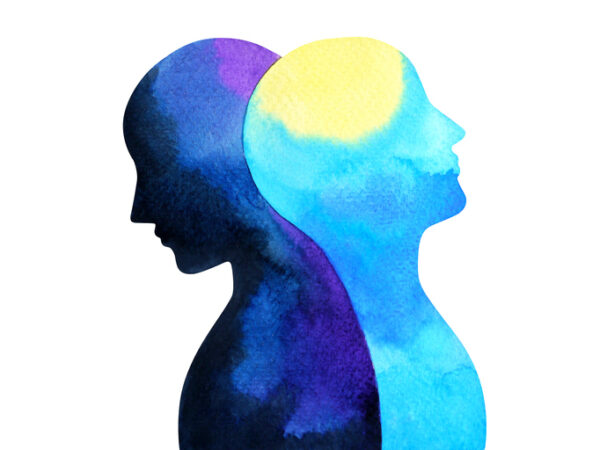 The Covid-19 pandemic has taken an incalculable toll on mental and behavioral health the world over. But none have been more severely affected than the healthcare workers, who for more than a year now have carried the dual burden of living through a pandemic and serving on the frontlines of the response.

Last year, as Covid-19 cases soared in Western Europe, hospitals worked to stem both the public health crisis and the burgeoning mental health epidemic amongst its workers. They leveraged several strategies, including free counseling, providing outdoor spaces for caregivers to take breaks and offering meditation videos that guided clinicians through stress-relieving exercises.

Now, these Western European countries are focused on vaccine rollouts and defining the new normal. But this is not the time to step on the brakes with regard to mental health support. Rather, physicians agree that hospitals should move full steam ahead in offering more comprehensive programs.

Burnout predates the pandemic, but it has worsened
Healthcare workers are no strangers to stress, anxiety and burnout. These issues have been at play well before the Covid-19 pandemic.

Another survey conducted in France last year shows that half (50.4%) of critical care staff reported being anxious and a little less than a third (30.4%) said they experienced symptoms of depression, which indicates the massive emotional toll the pandemic took.

How hospitals abroad tackled the mental health epidemic among workers
Issues of stress and burnout grew exponentially worse during the pandemic not just due to the volume of care hospital staff were required to provide but also because they were often the sole source of support for their patients as a result of stringent visitor restrictions, said Dr. Saloumeh Bozorgzadeh, a psychologist based in Chicago and president of the Sufi Psychology Association.

To address the extreme stress that providers and hospital staff were under, the Sufi Psychology Association launched the Caring for Our Caregivers initiative. While in the U.S. the term “caregivers” is mainly reserved for family members or paid helpers, in the U.K. the term can be used to describe providers delivering care.

As staff members were pushed to their breaking point amid the pandemic, most — though not all —healthcare organizations implemented strategies to provide support.

For the United Kingdom’s National Health Service, support took the form of information. The NHS took great efforts to keep clinicians up to date via once-a-week bulletins, said Dr. Abdullah Albeyatti, a general practitioner and chair of the Royal College of General Practitioners – Yorkshire Faculty, in a phone interview. These bulletins, which the organization continues to send out even now, include data on Covid-19 cases, vaccinations as well as information on what services are being offered once again.

Not only was the steady stream of information an invaluable resource, but NHS staff were also given free access to counseling, Albeyatti, said.

Hospitals in France and Germany offered their healthcare workers some out-of-the-box resources to cope with the high levels of stress they were under.

University Hospital of Nice, Côte d’Azur University in France leveraged its “quality of life at work” working group, which offers seminars on well-being, yoga sessions and shiatsu massages, to aid in its mental healthcare efforts, said Dr. Nirvana Sadaghianloo, an attending vascular surgeon at the hospital, in an email.

“[The] occupational medicine [group] is very involved in the mental well-being of the staff and is attentive to those suffering,” she said.

In addition, at the height of the pandemic and during periods of strict lockdowns, the hospital provided care for their employees’ children and offered them meals and free transportation.

At St. Mary Hospital Cologne, an affiliate of the University of Witten Herdecke in Germany, staff members could take a break outdoors on the rooftop or garden, said Dr. Maryam Balke, chief physician of the facility’s Clinic of Early Neurological Rehabilitation, in an email.

Though breaks and getting outdoors proved to be important for mental health, it did not replace counseling.  The German hospital also provided five days of free in-house training, including stress management and mental health coaching, Balke said.

But not all hospitals were proactive. Consider Hospital Center Sud Francilien and Groupe Hospitalier Nord Essonne in France. It has not done much to support healthcare workers’ mental health but Dr. Alexandrine Bay, a pathologist there, believes that may change.

The government recently sent out national surveys about staff burnout in public hospitals, “so it may be the beginning of something,” she said in an email.

Since they didn’t get much institutional support during the pandemic, hospital staff took matters into their own hands. Bay was able to get mental resources and videos through the Sufi Psychology Association’s Caring for our Caregivers initiative.

Via a partnership with the M.T.O. School of Islamic Sufism, Sufi Psychology Association’s Bozorgzadeh and her team got access to an app with a host of materials and videos guiding people through the Tamarkoz method of meditation.

“[The videos] range from 3 minutes to 30 minutes, depending on how much time people have and [they include] different types of stress-relieving practices, such as breathing exercises, visualization and mindfulness, and movement components,” she said.

Through the initiative, tablets with these Tamarkoz videos were donated to hospitals in the U.S. along with individual, disposable headphones. Then, Bozorgzadeh started getting requests from hospitals abroad and swiftly shared the videos.

At Hospital Center Sud Francilien, Bay got the videos from Bozorgzadeh, translated them into French and Arabic and offered them to her staff.

And they weren’t the only hospital interested. Even ones like the University Hospital of Nice, which had other protocols in place, expressed great interest.

“The [relaxation] procedures proposed by the hospital were ad hoc…and group activities were no longer feasible because of the pandemic,” Sadaghianloo said. “So, a relaxation program like the one offered by Caring for Our Caregivers — which caregivers can use when they want, at any time, seemed like an interesting additional benefit to me.”

The videos allow the caregiver to focus on themselves and their abilities, and this, in turn, enables them to better react and respond to stressful events, which helps limit the negative effects on their mental health, she added.

Addressing mental health issues will take continued effort
Though the pandemic appears to be winding down in Western Europe, the emotional aftermath will remain for years to come — especially among healthcare workers who experienced diminishing support as the public health crisis stretched on.

For example, in the United Kingdom, the public used to clap every Thursday at 8 p.m. from their homes in a show of solidarity with their healthcare workers. That has long since ended, along with the outpouring of sympathy for hospital staff, NHS’ Albeyatti said.

This has led to a general feeling of fatigue and stress as patients are coming back to hospitals and demanding care that had been previously put off, he said. In fact, a recent survey shows that 45% of physicians, nurses and allied healthcare professionals are considering leaving the NHS.

To address this, the organization should check in with staff at least once a week to assess their moral and mental health and also redistribute the workload as needed, Albeyatti said. If clinics need doctors six days a week, the organization should consider having some doctors come in three days a week and another set come in on the remaining days so that everyone gets a chance to rest.

Supporting healthcare workers emotionally will look different for different people, and hospitals need to take this into account when implementing strategies.

For instance, break time for caregivers in France typically involves hanging out in groups, with a coffee and a cigarette or a snack, University Hospital of Nice’s Sadaghianloo said.

“[But] we must allow people who wish to experience their rest time differently to do so,” she said. “We need dedicated, quiet spaces where caregivers can isolate themselves for a few minutes without being disturbed, and if they wish, practice relaxation activities, such as reading, listening to music, or watching a meditation program.”

Further, for many healthcare workers in these Western European countries, the high levels of stress at the height of the pandemic have likely been replaced by post-traumatic stress disorder, Sufi Psychology Association’s Bozorgzadeh said. The effects of PTSD are long-lasting, and hospitals need to provide ongoing support and destigmatize conversations around mental health with their staff.

“Hospital administration really need to be thinking in a very proactive way about…having resources for staff,” she said. “[Many hospitals] are beginning to breathe a sigh of relief, but this is when we are going to see [the emotional toll] hit.”

About "In Western Europe, hospitals look to quell the mental health epidemic among staff"

Reviewed By Adam Jacob This Is Article About In Western Europe, hospitals look to quell the mental health epidemic among staff was posted on Sunday, June 13th, 2021 have 5 stars rating.

Caffeine may make your brain healthier